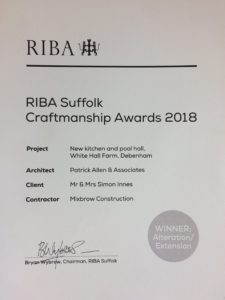 Once  again Mixbrow Construction have dominated the annual Castons Challenge Cup 5-A-Side football competition, finishing with a clean sweep of 7 victories and no losses.  After a relentless performance in the final group match, taking victory against DPL, with a score line of 29 : 4, Mixbrow met Barnes in the final.  Despite a tentative start from both teams, Mixbrow soon hit their stride and, with a final score of 12:1, lifted the cup for the third consecutive year.  Darren Webb, Mixbrow Construction’s Managing Director, and head coach, was delighted with the result, praising his team after their victory:  “Congratulations to you all, you dominated the tournament and the final without doubt. You were all very sporting and fair to all of our opponents, many of whom we work for throughout the year.”

Thanks again to Castons, in particular to Adam Fuller, for organising the competition.  Can Mixbrow make it an unprecedented fourth victory in a row next year?

An article in the East Anglian Daily Times on 5th May 2018 highlights the high quality of craftsmanship being delivered by Suffolk builders.  Singled out for particular praise was Westhorpe Village Hall, built by Mixbrow Construction and designed by Paul Weston.  Read the article here:

Working with Mixbrow you will soon discover that not all building contractors are the same.
We understand that because every client is different, every contract is different. With our flexible approach and ability to deliver solutions, our knowledgeable and friendly staff will ensure that every project is completed with your needs at the forefront of our thinking.